Why Your Next Tech Hire Might Just Come via Hollywood

Recently, Forbes ran an article about how liberal arts degrees have become ‘tech’s hottest tickets’.  And there are certainly myriad ways in which people who think creatively and philosophically can contribute to tech companies.  You can’t just run with good code and a few bread-and-butter principles and expect your users to come flocking.  You need the talent who had the special, unprogrammable talents to give your products a sense of charm, life, personality.

Forbes gives the example of Anna Pickard, a former actress from the UK who now works for Slack.com, one of the most successful team and workflow management systems out there.  Slack is great because it’s a) not boring, b) manages to make work feel less work-like, and c) delights its users.  Pickard’s job includes cooking up ‘zany replies’ to users to type in ‘I love you, Slackbot’.  It’s a quirky job for sure, but it’s also an example of very imaginative user engagement.

Think about it.  Why else would Google have an entire team dedicated to creating funny doodles?  It’s not just because doodles occasionally draw more people to the landing service–though that’s certainly part of it.  It gives the product a personality, a stamp.  Doodles help users relate ideas or experiences that are dear to them to the product.  The Maurice Sendak (author of Where The Wild Things Are) doodle below is a great example.

Other doodles have surprised and educated users about historical figures including astronaut Sally Ride and activist Ida B. Wells.  And they’ve got tons of eccentric doodles about events ranging from the summer solstice to teacher’s day.  The best part about doodles is they are often surprising in timing, but they are dependable–they pop up several times a season.  They help users build trust in not only the product, but the real humans who are behind it and the artfulness of those humans.

Product memories don’t even have to be super flashy–as long as they showcase your team’s personality.  These concepts can even be idiosyncratic, like Clippy from Microsoft Office below.  Clippy is the kind of odd, yet still helpful (for his era), figure who had so much personality that he became a cultural reference all on his own. Like a ‘back in my day, we didn’t have help forums, we had Clippy’ cultural reference.

Part of really successful UX implementation is that your products (not just your users) need their own personalities.  This is where your artists, actors, philosophers really come in handy.  Or anyone on your team with an artistic and non-technical slant.  This ‘personality’ can’t be summarized or captured merely in user flows, clicks, logos, or taglines.  It’s something that exceeds the supersedes the branding and design elements on their own.  That product personality is much more intangible, and needs to be thoughtfully integrated into various elements.

Google captures this personality through not only their Doodles, but also their ‘I’m feeling lucky’ button, their famed employee playground-like campuses, their April 1st jokes, and much more.

Slack gets at this with Slackbot, the colorful and bouncy designs, and the overall social feel of their software.  The Clippy-era Microsoft office was personal user geared, very friendly if not super smooth. Not every product’s personality needs to be playful, however if it’s not appropriate.

Wikipedia is a great example of a brand whose ethos screams neutrality, balance, and transparency–in everything from their editing ‘sandbox’ design to their color scheme to their logo.

Reddit is another example of a strong, clear brand personality showcased through design.  It could be flashier or have a more intensive UI–but it’s more for an ‘in-crowd’, and echoes the chat forums of earlier internet adopters.

If you don’t have a screenwriter or someone else on your team whose strong suit, like Anna Pickard’s, is to come up with theater-like concepts for your product, you can still generate your product personality.  As you’re laying the groundwork for your UX, design, and branding elements, try imagining your product itself is a person.  Is it the kind of person you’d want to grab a laid-back coffee with, follow to an art gallery opening, learn woodworking from, or admire from a distance?  What does your product eat for breakfast?  What neighborhood does it live in? Does it like to go to the gym? (I’m betting that Google probably alternates between kale smoothies and Captain Crunch for breakfast.)  It may seem like a frivolous exercise, but as you lay down some concrete ideas for your product’s feeling and personality, you’ll find it easier to incorporate them into imaginative design.

Users like products that are well-designed, for sure, but they also want to feel like those products are made by real people.  That kind of attention to humanity builds trust. It also, in my experience, builds a stronger company personality that can drive everything from hiring to expansion decisions.  So try it out!  Building or revamping your product personality might be just the key ingredient you’re missing. 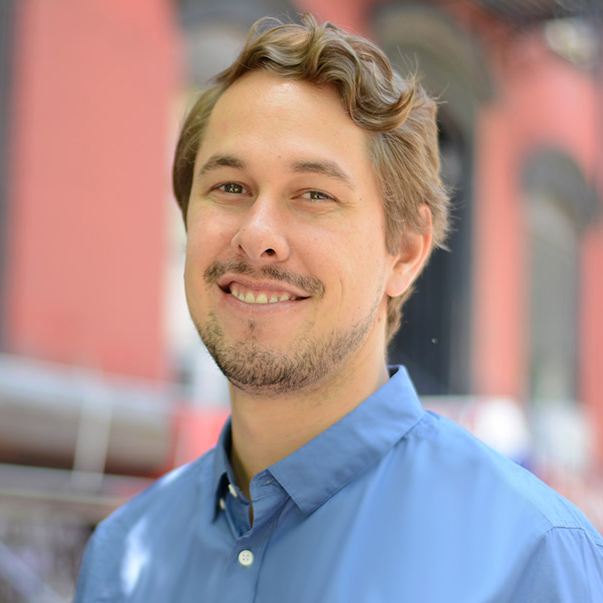 Ryan has helped build compelling experiences for startups and Fortune 500’s around the globe, a passion he draws from his endless curiosity of psychology, computer interaction, and company culture. A published author and mentor with an M.S. in Human Factors, Ryan is on a mission to help companies discover the balance of creating delightful digital experiences while achieving business goals.